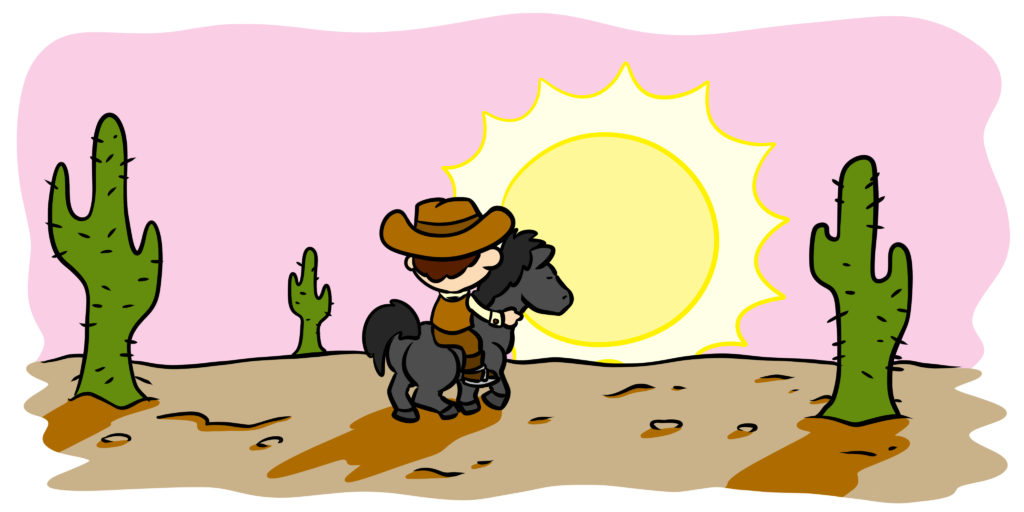 The beginning and the end. More writers have had more aneurysms over bookending their stories and sections than just about anything else. We recently covered the Dreaded First Line; today I’d like to tackle the Dreaded Last Line(s)… of each scene.

Whether it’s writing too little or too much, authors of every stripe tend to struggle with ending a scene well. It’s a part of writing that has the power to change how a reader feels about the scene they just read, and yet one that shouldn’t steal focus. In short, it’s really hard to get right; good thing we’re here to help.

To nail the end of each scene, we’re going to have to overcome some dogma. You’ve heard all sorts of advice, from ‘always end with a cliffhanger’ to ‘the end of the scene should provide resolution’ to ‘always end with something meaty and significant.’

To all of which, I say: pish-posh. We put too much pressure on ourselves to end on just the right note. Allow me to offer some relief  it’s okay to stop trying so hard. The end.

A scene by any other name

The notion of a scene as a mini plot arc (setup, conflict, resolution) is archaic – think Greek drama. It’s not an impossible model, just not the requisite.

People also have the idea that a scene change occurs when time passes or they want to introduce a new setting. Again, great options, not universal requirements. Always* be aware of advice that’s too universal. (*See what I did there?)

Let your scene end naturally – don’t be too beholden to an objective structure.Click To Tweet

A scene changes when something changes. That something depends on how you’ve set up the scene itself. If your pacing relies on chronological momentum then yes, you will change scenes by the clock. A Gentleman in Moscow adopts this traditional scaffolding, separating scenes by spatial and chronological alterations and even separating ‘acts’ by larger chronological leaps.

If you create momentum by tracking several characters across time or geographical space, each scene may include several different settings and each ending may be determined by a degree of resolution or a contribution to the overall plot conflict. The screenplay for Crash follows characters and plot points in a way that’s drastically different from – but equally successful as – the trajectory in A Gentleman in Moscow.

If you are confident in the substance of your scenes, their end points will be relatively self-evident and you shouldn’t have to force it. Therefore…

Fight the instinct to end on a pithy bit of dialogue, unless it feels natural. The Moon is Down gets away with the final line “The debt shall be paid” because it’s a realistic part of the conversation that wraps up the storyline. That wouldn’t work if a character is coerced into saying something tantamount to “Here’s looking at you, kid” when all along they’ve been talking like somebody not living in Morocco the 1940s.

Similarly, resist the urge to end every scene with drama or a cliffhanger, unless you’re the latest ghostwriter for Nancy Drew or if you’re authoring a web comic released in installments, such as Sam & Fuzzy or Questionable Content. You can action this advice by using the following exercises.

Sketch out your scenes by reference to their titles or tag words and look for a healthy balance of tension and relief, interspersed with section endings that are completely neutral. Again: don’t force this rhythm. Allow it to be a natural byproduct of the story’s overall pacing. Like Frank Herbert says, ‘There is no real ending. It’s just the place where you stop the story.’ This is true for each section: don’t shoehorn endings in. Let the story (or part of the story) stop where it ends.

Sketch your scenes out so you don’t have to force an ending as you write.Click To Tweet

Write that final paragraph. Let yourself stress over it. Put in whatever melodrama or pithy sayings you want. Now, delete it. Come back the next day and re-read the scene, stopping at the second-to-last paragraph. Does it work? If so, consider ending there.

If the enemy of a satisfying ending is artificiality, its BFF is authenticity. To end a scene organically, you’re going to have to have a really solid view of what your scenes are.

Get several sheets of paper or index cards. Use tag words or stick figure drawings to fill each page or card with what you believe belongs in that scene. Line the pages up in order. If you’re having a hard time dividing scenes, look for the element of change.  If your scenes all change by way of chronology or geography, this should be pretty straightforward. In some cases, the agent of change varies – a new character enters, an act of violence takes place, a discovery is made, a clue is revealed.

So you have your visual layout. What is the last thing that happens at the end of each scene? This is where the scene ends. Don’t try to make it do anything else. Note the end of chapter 10 in Hemingway’s Death in the Afternoon: ‘Then let us dine. To-morrow you can tell us more about the bullfights.’ It’s boring. It doesn’t grab you, it doesn’t drop any hints, it doesn’t make you laugh or cry or worry. It’s just the end of that scene. Later, at the end of chapter 16, Hemingway gets to end with this humdinger: ‘A serious writer may be a hawk or a buzzard or even a popinjay, but a solemn writer is always a bloody owl.’ It works because of the narrative style he’s chosen for this particular book, and because this is the natural end to the section.

Your readers will rarely be as concerned with the transitions between sections as you are. If the transition is neutral (‘…you can tell us more about the bullfights’), the reader is eased into the next chapter by way of pacing, or can take a breath and refill their coffee cup, or be glad for a place to stick a bookmark until next time. If the transitions are naturally funny or witty or suspenseful, the reader will laugh or smile or bite their fingernails. But if a transition is forced, bigger or flashier or more pontifical than the chapter demands, you’ll lose reader respect.

When you lay out your storyboard in exercise 3, if you find that each scene ends neutrally, you may want to inject a little motivation earlier in the scene. Give a character some task to take up or return to, have a comment relate to where the narrative is going next, introduce somebody new, add a moment of tenderness or respite into a tense narrative, or inject a little tension into a softer or more romantic narrative. This can help better define the agent of change.

Use your real life as a model. Take an average day or week and a more interesting day or week from your life as two models. You want one unit of time where not much happens and one where a lot happens, good or bad. Imagine if someone were filming and decide where the scenes would change.

Remember – this is real life, so you can’t force a moment of drama. With that in mind, where would you cut? At what point does the unseen viewer know everything they need to know about what’s happening? Apply this to your writing – obviously, you have the control to make things a little more interesting, but use the principle you’ve been working on as your guide – when does the reader understand everything you wanted them to know about a scene? That’s where to end it.

This is the decision that will allow your final line to offer an appropriate summary of the scene: a natural ending will embody the tone and nature of the scene that led up to it.

The best closing line is the one that comes naturally from the scene before it.Click To Tweet

Got other stuff that ending at this point would cut off? Ask yourself three questions:

Never stop reading. You know this. But in the spirit of refining our ability to confidently and competently close a scene, I’d like to offer two final homework assignments:

Go get five of your favorite books. Read the final paragraph of each chapter.

Share one of those final paragraphs in the comments below and tell me why you think it’s effective.

For more great advice on this topic, check out Are You Killing Your Book With Too Much Detail And Explanation? Or, if your chapter naturally ends with some drama, try How To Write Chapter Breaks That Leave Readers Aching For More.