Home/Writing/5 Key Ingredients All Young Adult Novels Must Have 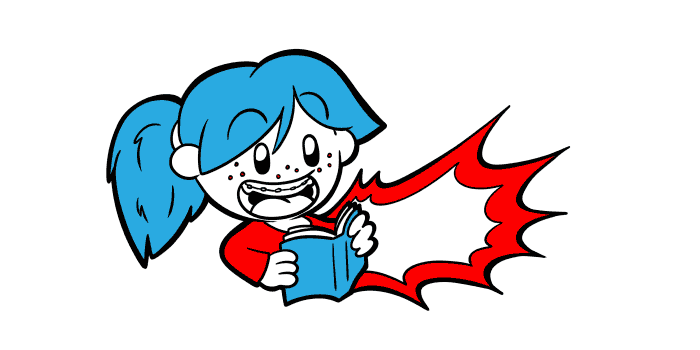 The young adult market is unyielding in popularity, at least for the foreseeable future, but this also means it’s a flooded market with content published daily. So the big question right now is how can an author stand out from the crowd?

The answer is writing a seriously great YA novel. That may seem like the most common advice ever, right? Writing a good book should be the goal of all writers, but to hit the YA readers the hardest an author needs to make sure they are giving readers what they want and telling a good story at the same time. Great content gets noticed, and word of mouth is king in the publishing industry.

There are 5 key ingredients that, when carefully mixed together, create a brilliant young adult novel, and I’ll be addressing each of those in detail. Right, let’s get straight into it.

The protagonist of a YA novel and the point of view (POV) we see the story told from is extremely important to connecting your readers with the character and story. The protagonist is either narrating the novel (in first person) or the POV is heavily close over his or her shoulder (limited third person) so we feel that the story is being told through our protagonist’s eyes.

The best YA novels are the ones with a character that has a strong, unique voice. When I say a strong voice, I mean the protagonist’s voice is clearly defined so that a reader immediately feels like they know the character. Consider Hazel Lancaster, the protagonist in The Fault in Our Stars by John Green. Hazel’s witty, sarcastic, and endearing personality comes off immediately in the first pages of the novel as we discover her outlook on life, cancer, and the people that surround her.

First person POV is mostly used in books with one protagonist and is very common in YA because of the close, one-sided vision which places readers in the character’s shoes. This is an example of reader-proxy—a character who stands in for the reader—which is crucial to YA novels.

In The Fault in Our Stars the entire novel is told through Hazel’s eyes, as if we are inside of her head. In first person, a reader knows the character’s unfiltered thoughts and emotions. This can make an extremely rewarding story, however, one of the caveats with this story telling is that readers do not get to see the point of view of other characters. There are some instances of YA novels told through dual first person narration, meaning we have two protagonists (who are usually also acting as the antagonists to each other), for example, June and Day in Legend by Marie Lu.

In third person point of view it is likely the story will focus on multiple characters, anywhere between 2-5, although 2-3 is more common, as it’s easier to follow less characters. This form of narration can still be close, with the voice of the characters coming through the story. Harry Potter is told in third person because we do have a few scenes that take place where Harry isn’t present. However, in the scenes that Harry is present, his view of life, his friends, and the world around him is distinct and clear.

In order for a reader to be invested, they need to connect to the character—care about him or her, and enjoy the unique ways the character views the world.

This is an element that can easily be misunderstood in YA novels. Yes, young adult fiction is aimed at readers 12-18, and the characters are usually in this age group as well or closer to 14-18. But writing a story about teenagers and writing as story as a teenager is very different. A YA author must get into the head of the teenager and tell the story as a teen would tell it, with the voice of a teen, and the life experiences of a teen.

Best-selling author Jodi Picoult co-wrote her YA novel, Between The Lines, with her daughter, which helped hone the voice of a teenage narrator. Picoult said of the experience, “Having a co-writer who was a teenager was like having a built-in B.S. meter sitting next to me.” Other writers suggest listening to teens talk, or interviewing them and asking if a situation, scene, or dialogue would ring true to them.

As Veronica Roth, author of the Divergent trilogy says, “I think everyone’s got a little teenager inside of them still, and you just have to work to help yourself access that teenager.”

The key thing to keep in mind when writing a YA novel is that there is no adult hindsight in young adult fiction. The story isn’t about reflection, it’s about the experience in that moment in a teenager’s life.

#3 Simplicity in the prose

Writing a story in masterful, intricate prose is rewarding for a writer, but not for YA readers.Click To Tweet

Writing a story in masterful, intricate prose is rewarding for a writer, but not for YA readers. The beauty of a YA reader is that they will let you off the hook for writing that is more simple in nature, because the story and characters are the driving force in the story. But this means they expect a lot more from the story as well—YA readers are some of your toughest and best readers. When a writer is true to their characters and the situations they face, the prose will follow—the writing will be strong and riveting. Each sentence should prompt the reader to read the next one and the next. The goal of young adult writing is to drive a story forward and fast, not to slow down and appreciate the prosaic nature of the sentence structure.

This excerpt from Divergent is a great example of not over-describing the moment. Instead, focus is placed on keeping the paragraph short, concise, and conveying emotion and movement immediately. This scene is in Trish’s POV as she is with her mother—it’s the third paragraph of the first chapter. Time is not spent on the nature of the language, instead each line tells us something new.

“When she finishes, she pulls my hair away from my face and twists it into a knot. I note how calm she looks and how focused she is. She is well-practiced in the art of losing herself. I can’t say the same of myself.”

Nothing is off-limits in YA, which is part of the beauty and intrigue behind writing and reading these stories. Teens are facing so many issues in their lives, and if they have the opportunity to read about it in a safe environment, as a character goes through it, then they can learn from the experience, connect, and feel as though they are not alone. Don’t be afraid to write about the tough stuff; topics such as depression, rape, death, bullying, and more. Going back to The Fault in Our Stars, children and teens with cancer is a large focus of this book. It’s sad, it’s painful, it’s gritty, and it is real. The tough subject matters are what make some of the strongest stories.

In young adult fiction, the journey is the most important part—how the character(s) grew from their situation and how they are now stronger, braver, and better for it. Usually, this leads to a Happy For Now (HFN) ending. Readers want to finish these novels on a hopeful note, imagining that our main character has grown and will be able to survive and thrive in the future. This doesn’t necessarily mean that the story needs a Happily Ever After (HEA), but closure of this sort is important. The goal should be to leave the reader with the idea that if our main character can survive in this this reality, the reader can in real life as well.

5 Key Ingredients All Young Adult Novels Must HaveClick To Tweet

In conclusion, we see stories that focus on strong characters with a unique outlook on life facing any challenge sent their way are some of the most engaging stories in the YA market.

Why do you love reading young adult novels? What elements do you think should be included in this list? I’d love to hear from you in the comments below.

Katie McCoach is a developmental editor for Standoutbooks and works with authors of all levels. Her motto is, ???Let?۪s work together to create your best story!?۝ Her specialties are young adult, new adult, fantasy, romance, and Christian fiction. She is a member of the Editorial Freelancers Association and Romance Writers of America. She is a participating editor in Pitch to Publication, and recently judged the 2015 Golden Hearts Awards and the 2014 Stiletto Contest. She is based in Los Angeles.