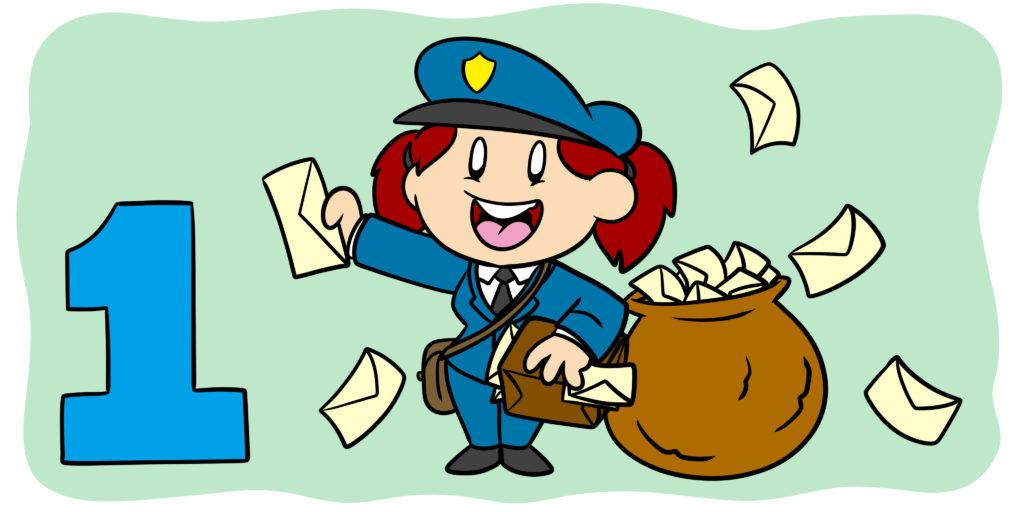 Today, we’re trying something new – namely, a professional editor is going to be diving into our (digital) mailbag and answering your questions. While we’re totally committed to a continued dialogue in our comments, some of your questions are unique enough that they deserved their own forum, so here we are!

We’ll be doing this again soon, so if you have a specific question you’d like answered, please leave it in the comments below and it’ll be read and answered – either directly in the comments or in the next mailbag dive.

The questions below are paraphrased, with thanks to the authors involved for getting in contact.

Do I really have to kill that one character?
– Amelia

The answer, of course, differs from project to project, but if you find yourself asking this question, it’s likely the answer is ‘yes’.

The first thing to do is to ask yourself whether you’re actually wondering whether you should kill this character or just searching for a reason not to. Lots of authors start off with the goal of killing a character but then – through the journey of writing about them – become so fond of them that they reverse that decision.

Maybe, in your case, that’s the right decision, but it’s also a self-defeating mechanism. If you always spare the characters that tug at your heartstrings, you’re never going to off anyone whose death will affect the reader. Remember, too, that whatever that death does to you, it also does to them. There’s a reason so many literary classics are peppered with death.

That said, it makes little sense to force a death where one doesn’t belong. Yes, it can lend a sense of gravitas and consequence to your story, but only if your story was already heading in that direction. Killing off a character at the end of Of Mice and Men is heartbreaking because it’s the culmination of the book’s themes of powerlessness and inescapable fate. Killing a character at the end of Mr. Happy would just be messed up.

In short, if you just want to fit a death in, think about your reasons. If the death is already in the story’s DNA, let it happen, and make it really, really hurt.

Character deaths have impact when they play to the themes of a story.Click To Tweet

You can check out How (And When) To Kill A Character and How To Avoid Writing A Redshirt Character for more advice on this topic.

What editing software would you recommend?
– Mid-America Romance Authors

The answer to this question is entirely dependent on your needs and your tastes. There isn’t one right answer, but my best advice is in 6 Great Pieces Of Writing Software You Need To Try, in which I describe a rough set of standards to apply to your choices.

Personally, I prefer a tool that can be added to the software everyone else is using – Microsoft Word and Google Docs, for instance. That way, not only do you get extra tools (and the impetus to figure out what hidden tools you already had with the original software), but you’re close enough to the mainstream that you’re not beholden to anyone. Companies can fold, software interfaces can change, and you’re never losing the majority of your options in one go. Plus, the learning curve is gentler, meaning you lose less writing time getting started.

That, coupled with potential depth, means that if you’re exactly like me, you’ll probably have a preference for something like ProWritingAid (which we reviewed here). If you’re not exactly like me, something else might be better.

What’s it like to work with an editor?
– Various authors

Okay, we get this one enough that I just went ahead and wrote the article.

There are various sites (most some form of social media) where you can join groups like this. In the real world, check out local meet-ups at cafes and libraries (searching online for your area and ‘writing group’ is a good start), but if you’re happy to work online, the simple answer is ‘Reddit’.

Reddit is a social news aggregate site where people with shared interests meet and discuss. Posts on the site are organized into ‘subreddits’, which deal with specific topics, and the site’s popularity means these subs get specific. The subreddit /r/writing has a weekly critique thread where writers come together, but if you familiarize yourself with the site, you’ll find groups specific to form (like short stories or poetry) and genre.

As with any grouping, you’ll have to figure out the best way to work, but Reddit is a great place to join existing groups and, later, meet individuals you can develop a working relationship with or even start your own group. For more on this, check out Why Beta Readers Are Vital To Your Success and How To Be (And Keep) A Highly Effective Critique Partner.

How can I get published on a budget?
– Nicolas

Again, priorities shift depending on the author. Self-publishing doesn’t cost a great deal, and nor does contacting publishing houses, but getting your book into the right shape for these options can be costly.

First, editors want to work with you, so take advantage by contacting a few and asking what they think your priorities should be on a budget. Obviously, the advice that follows has to go through your own filter, but few editors are going to try and sell you a service you don’t need, especially if they know you’re on a set budget. (Gain peace of mind by consulting a few online lists of trustworthy companies.)

You can save money by spending time and effort instead (as I said in Nobody Beats The Triangle, But You Can Be Prepared For It) – by formatting the book yourself, by requesting technical manuals from the library to help you line edit your own book, by being painstaking in your proofing, and by hunting down as many beta readers as possible.

Unfortunately (for this question, at least) I’m an editor, not a lawyer, so I can’t offer legal advice on whether your fan fiction is safe to publish. My best advice remains in the article and comments of Make Sure Your Fan Fiction Is Legal (Or Regret It Later).

That said, it’s a problem that this question is so difficult to answer on an individual basis. There are a lot of protections for fan fiction, but if authors don’t know what they can and can’t do legally, something’s going wrong. Recently, I spoke with IP lawyer Peter Afrasiabi (in association with the 1888 Center) regarding the deficiencies in copyright law. Our discussion will be available via podcast soon, but Peter’s longterm goal is to push for clearer laws and the creation of free clinics to help artists negotiate these choppy waters.

In short, clarity may be on its way. For now, remember that you’re much better protected than you might think, and when in doubt, you can alter specific protected aspects of a text to set your work apart.

I’m writing in multiple genres, but which should be represented on my blog?
– Ranjani

This is a great, and very specific, question. Generally, author blogs are more about the writing process than the content itself, so it should be possible to balance your content. That said, if your work really is that disparate, it could be worth segmenting the site so different pages serve different audiences.

In terms of look, it’s probably best to go for whatever’s your best seller and/or whatever you’re actively trying to sell in that moment, at least for the landing page (the first one the reader sees). After that, you can again dedicate different pages to different projects. Except in cases where you have two different series going strong, it’s generally not a great idea to create multiple websites; don’t split your audience unless it’s a big audience.

For more on this, check out How To Create A Visual Brand As An Author, How To Have Your Author Blog And Write For It, Too, and The 6 Essential Features Of A Fiction Writer’s Website (And 1 Bonus You Should Try).

How do I turn gripping real-life events into gripping nonfiction?
– Mike

Another great question! The short answer is to treat it like fiction – consider the themes you’re discussing, decide how you’re going to flesh out the characters, plan the journey you’re asking the reader to take. It may feel like real events are too diverse for this kind of treatment, but whether it’s true or not, you’re telling a story, and that’s where to start.

Beyond that, try to confront the aspects of nonfiction that get in the way of a smooth narrative. Often, the reader already knows the outcome (or can assume it from context), so great nonfiction writing tends to be more about providing a context that redefines how things turn out. Chronology can also be difficult in nonfiction, as events don’t happen in a convenient order, and sometimes there’s a lack of resolution.

That doesn’t have to be a problem, though, because the reader is here for the experience rather than the bare facts. Think about why you’re writing this book, the way you want to make the reader feel, and the nature of the journey to get there. Now, consider what’s in the way of those goals and start plotting your story accordingly.

Whether fiction or nonfiction, you’re telling a story. That’s where to start.Click To Tweet

Michelle McNamara’s I’ll Be Gone in the Dark didn’t originally contain the identity of the Golden State Killer, but McNamara’s final chapter reflects on the type of person who could commit such crimes and imagines a future in which they’re unmasked. Emotionally, it pays off the journey of the book, even though the facts seemed to preclude a satisfactory conclusion.

Likewise, a lot of true crime nonfiction isn’t told chronologically, but by exploring one theory after another, each presented on its merits, critiqued, and then contrasted with another option. It’s generally the best shape for a complex investigation with lots of clashing evidence.

Crucially, focus on why the information you’re sharing should matter to the reader. Your facts may be fascinating, but the reader needs priming to care – give them the problem, the conspiracy, the injustice, the tragedy, and then style your book as a tool that will explain (even ‘solve’) it. It’s rare that this kind of nonfiction works purely by following the author’s journey. That might be the perspective you know, but you probably didn’t know how important the story was from the start, and that’s what the reader needs. Don’t be afraid to step outside yourself if it gives you a better angle.

Chronology is unlikely to be your friend, and since the details aren’t under your control, they won’t be much help. Start with the big ideas and start piecing together the best way to communicate them. You can check out Writing Creative Nonfiction – How To Stay Safe (And Legal) and How To Nail Your Nonfiction Introduction for more on this.

The mailbag is empty

That’s all the questions I have for now, but hopefully you’re already considering the ideas you want addressed in our next dive into the mailbag. If so, leave them below, and one way or the other, I’ll get back to you with my best advice.